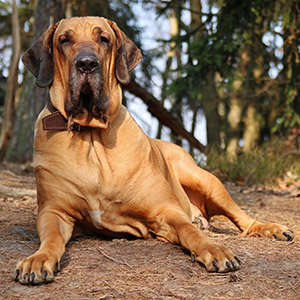 What is known about Brazilian Bullmastiff history

The Brazilian Bullmastiff or sometimes called Brazilian Bandogge is a recently developed breed developed by Mr. Rui Brossard with the crossing of the American Pit Bull Terrier at its base then adding in Fila Brasileiro , English Bullmastiff, and a small percentage of Tosa Inu. Later the Dogue de Bordeaux was also added to the mix.

This breed was developed to be very aggressive and for the purpose of guard work and has little tolerance of strangers. Alternatively, it is highly loyal to its family companions out if its natural instinct for guarding.

Due to its developing nature the breed style lacks a uniform conformation. What is expected thus far in the development is that the ears remain uncropped and the nose should be black or red.

What are the Brazilian Bullmastiff breed standards

Color:
Black, Red, Fawn, any brindles or White predominant but any color is acceptable

What does it cost to register my Brazilian Bullmastiff with the American Bully Association?

What does it cost to register a Brazilian Bullmastiff litter?

Where can I find a single Brazilian Bullmastiff registration form for my dog?

Can I register an entire Brazilian Bullmastiff Family (Mom, Dad and Litter) simultaneously?

How long does the Brazilian Bullmastiff registration process take?

Where can I acquire a pedigree template for submitting my Brazilian Bullmastiff known genealogy / pedigree information?