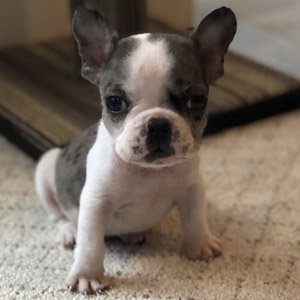 What is known about Exotic Bully history

The Exotic Bully is a developing breed that has a focus on having a compact bulldog look with extreme bully line features. At the American Bully Association our goal is to recognize the influence of all foundation breeds so breeders can better manage their breeding programs and buyers can better understand the influence each breed has. By doing this over time the developing Exotic bully will become more formalized in structure and look and will move from the developing breed to an established breed status.

While the foundation lines of this breed have not yet been firmly established in the breeding community primary breeds for consideration are the English Bulldog, French Bulldog, Olde English Bulldogge, Staffordshire Bull Terrier, Exotic Bully, Boston Terrier, pocket size American Bullies and a limited Pug influence. Because this breed has not yet been firmly established the look and expected standards are still in flux. Based on the current evolution of the breed it appears that the desired look is moving toward a short compact body style much like that of the English Bulldog but with a greater focus on an American Bully style head and body uniformity. In a sense the desired goal is to breed up the girth of the French and Exotic Bully, slim down the English Bulldog and breed down the size of the pocket American Bully and meet somewhere in the middle with an averaging of all such traits.

What are the Exotic Bully breed standards

Eyes:
All colors acceptable including blue and on single blue eyes

Ears:
Wide on head but not too high or low

What does it cost to register my Exotic Bully with the American Bully Association?

What does it cost to register a Exotic Bully litter?

Where can I find a single Exotic Bully registration form for my dog?

Can I register an entire Exotic Bully Family (Mom, Dad and Litter) simultaneously?

How long does the Exotic Bully registration process take?

Where can I acquire a pedigree template for submitting my Exotic Bully known genealogy / pedigree information?