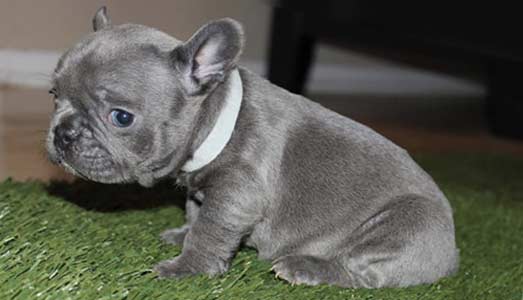 What is known about French Bulldog history

The French Bulldog or Frenchie as it is affectionately sometimes called is one of the smaller varieties of Bulldog. Originally known as a miniature Bulldog it was developed exclusively for the purpose of being a companion dog and is often recognized by its bat ears.

The breed was developed by down-breeding the early bulldog and interbreeding with Pugs by lane makers in Nottingham England of the early 1800's for the purpose of being a lap dog. Due to the industrial revolution many such workers were displaced and moved to France with their French Bulldogs where some wealthy Americans fell in love with them and gave them their new name the French Bulldog.

During this time the French Bulldog became quite fashionable by society ladies and others with highly visible social status. They were first shown in the Westminster Dog Show of 1896 in America where a judge by the name of Mr. Sven Feltstein strictly chose those with rose ears, which are erect but then fold over. Showing their disapproval of the obvious bias the French Bulldog Club Of America soon was started by the ladies in which they defined the first original standard, which stated for the first time that the erect bat ear and not the rose ear was the proper type.

The breed was very in vogue owned by many influential families such as the Rockefellers and Morgans and was certainly one of the most popular breeds in American by 1906 selling in some cases for upwards of $3,000. While it has had its ups and downs in popularity today it is again on the upswing and once again is one of the most popular and desired breeds.

From a health perspective the breed must always be shielded from possible overheating due to its limited breathing capacities. Additional spinal and joint issues may be present due to their dwarf examples being chosen during their initial breed development. The breed also exhibits higher than normal levels of eye issues including glaucoma, retinal fold dysplasia, corneal ulcers and juvenile cataracts. When it comes to breeding many males due not have a physical structure suitable to mating thus requiring artificial insemination or at a minimum artificial support. During the birth process it is estimated that up to 80% require use of caesarean section.

Historically the breed has an interesting past with many movie and sports figures owning them. On the maiden and only voyage of the Titanic there was included a French Bulldog purchased by Robert Daniel, a 27-year-old banker for the sum of £150 (the equivalent of $17,000 in today's prices). Unfortunately, the French bulldog met the same fate as the ship did.

It has been speculated that some breeders have used the French Bully and Pug to breed down some American Bully lines creating the smaller variations that currently exist, which are sometimes referred to as Pocket Pits.

What are the French Bulldog breed standards

Ears:
Must be bat eared and rounded at the top

Weight:
Must be less than 28lbs to be considered in conformation

What does it cost to register my French Bulldog with the American Bully Association?

What does it cost to register a French Bulldog litter?

Where can I find a single French Bulldog registration form for my dog?

Can I register an entire French Bulldog Family (Mom, Dad and Litter) simultaneously?

How long does the French Bulldog registration process take?

Where can I acquire a pedigree template for submitting my French Bulldog known genealogy / pedigree information?